Lakeland’s Boys Varsity Soccer: One of the Best in School History 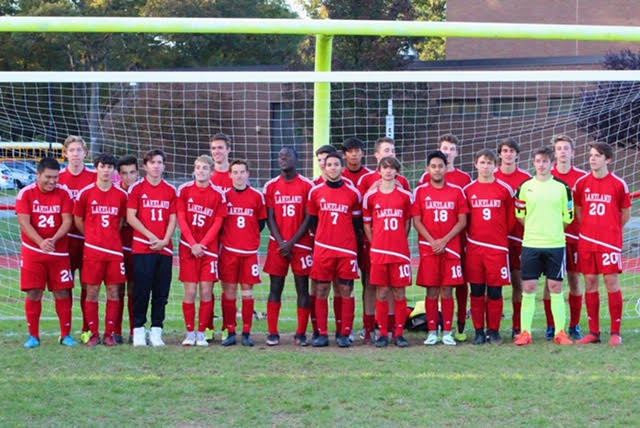 Lakeland’s boys varsity soccer finished the 2018 season with one of the best records in LRHS’s history.  Coach Don Peterfriend led the boys to a 12-3-4 season full of upsets and highs, with an occasional disappointment.

The goal for the season was shared between the coach and players. Coach Peterfriend had this to say, “Coming into the season our goals were to win a league championship, county championship and at least a state sectional championship.” Senior captains, Peter Diaz and Ethan Dispoto, shared the sentiment, with Dispoto saying, “Our goals this season were definitely to win something… for the first time in 30 years, and it was totally reachable with the skill we had on the team this season.”

To add to this, Diaz told us, “This was the first year we really didn’t have that one stud of a player and the team [with 14 seniors] was extremely balanced on all sides of the ball. We had specialists in every position…” 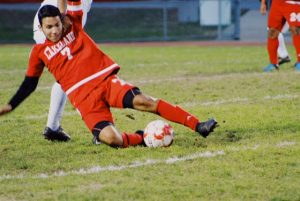 After 7 wins and 2 ties – including an impressive 2-1 win over a strong Passaic, and a morale boosting 4-0 win over fierce rivals, West Milford – Lakeland suffered a very disappointing 2-1 defeat to Wayne Hills, knocking them out of the Passaic County tournament.

The team fought hard to recover with a narrow 2-1 win over Fairlawn – after a late free kick goal from junior Matt Golas, a 0-0 draw against De Paul, and another narrow win, this time 1-0, over Wayne Valley.

However, the team suffered another humbling 3-2 overtime defeat to Passaic Valley, which lost the conference title for Lakeland. However, the team left determined and went on to beat Indian Hills 3-1 and Paterson Eastside 7-0.

The team entered the state tournament in the 3rd seed with a record of 11-2-3. They came up against Mountain Lakes in the first round and won with a comfortable score of 4-0.

The next round would prove difficult, with the Lancers going head to head against a tough Jefferson side. After regular time and overtime had expired, with the two teams in a 0-0 deadlock, the game went to penalties. Goalkeeper, Dispoto, made an unbelievable 3 saves in the shootout, putting Lakeland in the perfect position to win it. Captain Alex Mueller, senior, stepped up for the penalty that could send Lakeland into the semis – and shot it perfectly in the top corner.

But the news was grim after this. Lakeland’s state semi-final would be played at Glen Rock, one of the best teams in the state. Going into the game, Glen Rock was undefeated with a record of 20-0-1. It was 4-1 for Glen Rock by half time, with a lone consolation goal from defender, senior Alex Rochlitz, that gave the Lancers some hope. But the end result was a crushing 8-1 win for Glen Rock. Though a loss was expected by Lakeland, a loss that high is an unfortunate way to bow out. 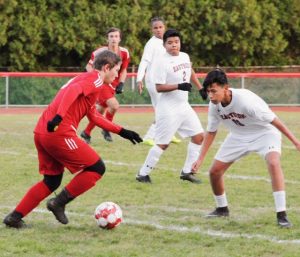 The key scorers this season were  Golas, who scored 10 goals this season; Mueller, who scored 6; and junior Carlos Cuevas and senior Hasson Klingen, who each got 5. Seniors Josh Caggiano and Mueller led the assists chart with 7 each. Goalie, Dispoto, made 226 saves.

Through the whole season, the team conceded only 13 goals – until the loss against Glen Rock. With a total of 39 goals scored, it gave the team a goal differential of +26, a very impressive number.

Diaz stated that the team saw so much success this season because they were more like brothers than teammates. 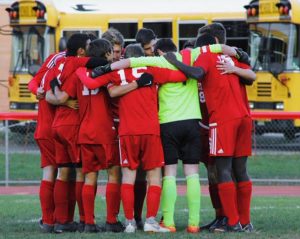 Coach Peterfriend summed up the season with this, “Although we did not win any championships, I would have to say this season was very successful. Our team’s record was the best by a boy’s soccer team in the past 20 years…We fell short in each goal, but nothing can take away from the great season we had.”