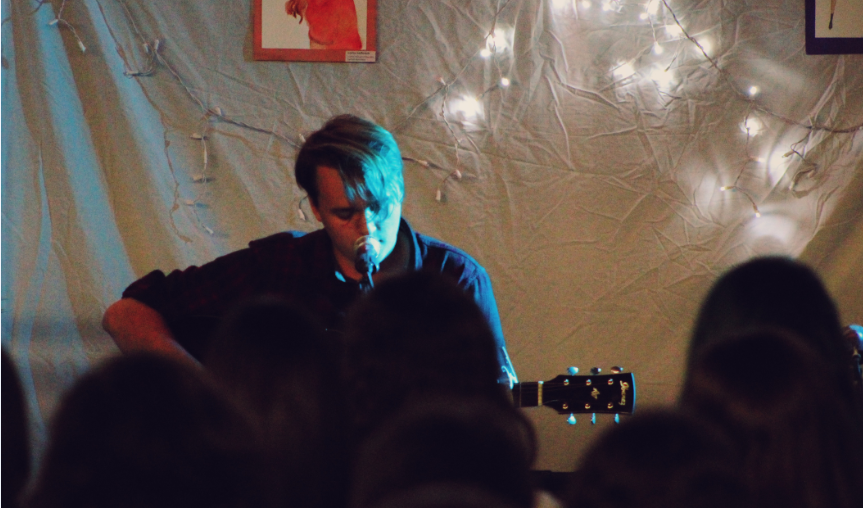 Lakeland Regional High School’s fall coffee house, which took place on November 14, 2018, was an afternoon loaded with entertainment. The event showcased the talents of Lakeland’s students and staff. 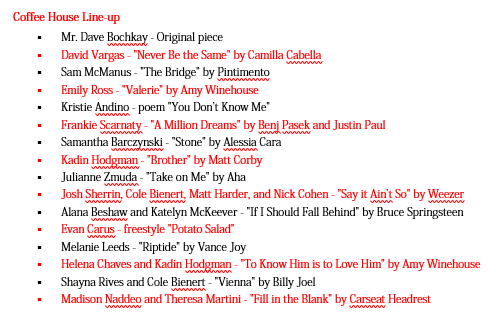 Mr. Eric White, English teacher at LRHS who runs the coffee house along with Mr. Michael Kelly, science teacher, describes the performances of this year’s coffee house as spectacular.

A majority of the events were songs performed by solo and duet acts, as well as one band. There was one freestyle piece entitled “Potato Salad” by Evan Carus, junior, and one poem, “You Don’t Know Me,” recited by Kristie Andino, sophomore.

LRHS staff got into the action too, with one of the acts being Mr. David Bochkay, one of Lakeland’s technology integration specialists, performing an original piece.

When asked if Mr. White could pick one of his favorite acts, he said that it was not possible. “Each performance had its own special moments. Mr. Kelly and I frequently talk about the informal nature of the coffee house performances, which is exactly what we’re looking for…”

According to Mr. White, the two teachers “had a vision to create a space where students could showcase their talents or try out their skills. It’s clear that students are not only filling that space but showcasing some fantastic abilities.”

Audience members got to enjoy songs and performances of different genres, most of them covers, while having a nice hot cup of coffee and baked goods.

Keep an ear out for news on when the next coffee house will be and come support from your peers. 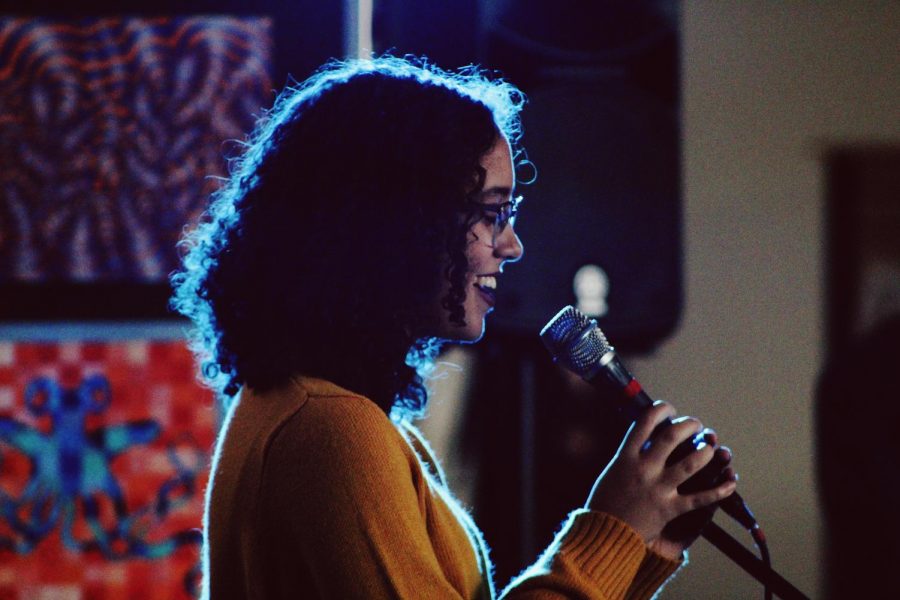