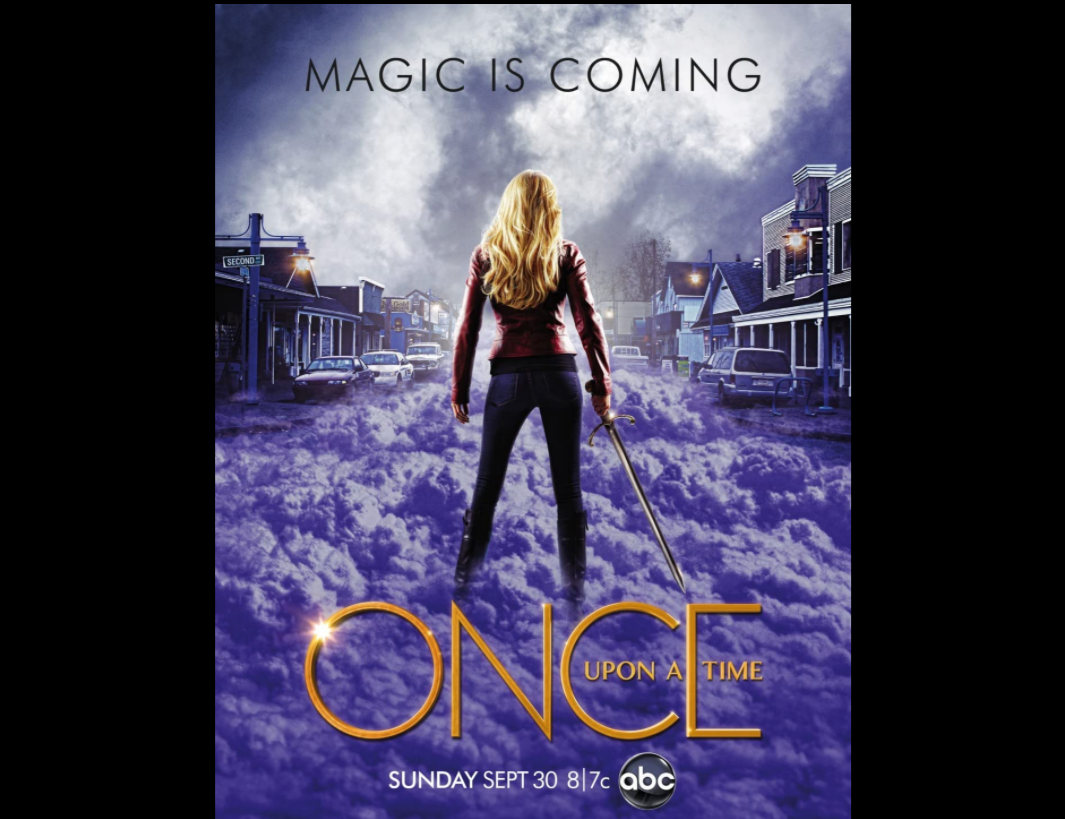 With it’s ups and downs, twists and turns, ‘Once Upon a Time’ is a series worth binging. (ABC - Promotional Poster)

With it’s ups and downs, twists and turns, ‘Once Upon a Time’ is a series worth binging.

A Supernatural Soap Opera: Is Once Upon A Time Worth Watching?

Summary: Once Upon a Time tells the story of a 28-year-old woman, Emma Swan. Fairy tales and modern life get put into one when the Evil Queen casts a curse on the enchanted forest, placing them in the town of Storybrooke, Maine. Emma is living a normal life in Boston when the son she gave up for adoption, Henry, who is now 10, shows up at her doorstep. He drags her to Storybrooke claiming that she’s “the savior” and can break the curse. Of course, Emma doesn’t believe this, because who would? She just thought Henry had a wild imagination, but he had to get her to believe, or something bad would happen. Emma decides to stay in town to look after Henry, and she starts to realize that he might not be making this up. Storybrooke really could be cursed, and fairy tale characters really could exist.

This isn’t the type of show that you can binge-watch in a week. It has seven seasons, each with around 22 episodes. Each episode is – on average – 44 minutes long. So that’s about 113 hours of one show. All seven seasons of the show are on Disney+ now. So yes, the show takes time to watch, but it’s worth it.

Most people thought the show got boring after the fifth season, and the majority of those people never bothered to finish it. Honestly, I never thought about that until I saw what other people were saying. There were many new characters introduced, and a lot of story lines left unsolved.

By the start of season seven, there was even more criticism. Yes, the majority of the cast changed in the last season, the show cutting to eleven years in the future. In my opinion, bringing in new characters is great, because it gives more background on the characters we’re already so used to and gives the show a fresh, new feel. Adding background on the characters is extremely important since we get to learn about a lot of new relationships between characters, mostly finding out that a lot of characters are related in some way.

One criticism I can get on board with is the family tree. As Prince Charming said, “It’s a good thing we don’t have Thanksgiving in our land because that would be confusing.” I wouldn’t bother giving yourself a headache trying to understand how each relationship is intertwined. Trust me, I once spent three hours trying to figure it out. Let’s just say, it’s more of a web than a tree. Take it from Captain Hook when he said, “You come to find out that almost everyone is related here.” Did you know that Peter Pan is Belle’s stepfather – and he’s also evil? Well, in this show, anyway. It definitely doesn’t follow the traditional sense of the original fairy tales we’re all used to. Not that the family tree is that important, anyway. It’s something to look past, especially if you love Disney princesses as much as I do. Plus, its complexity and learning how the show runners connected all these stories are interesting to many fans.

Even with the confusing family tree and the eleven-year jump, Once Upon A Time is an amazing show that is definitely worth taking the time to watch. It’s great if you’re a fairy tale fan, or if you like a show with strong, independent female characters – even if they have funny names and ridiculous outfits (I’m talking about you, Evil Queen!)