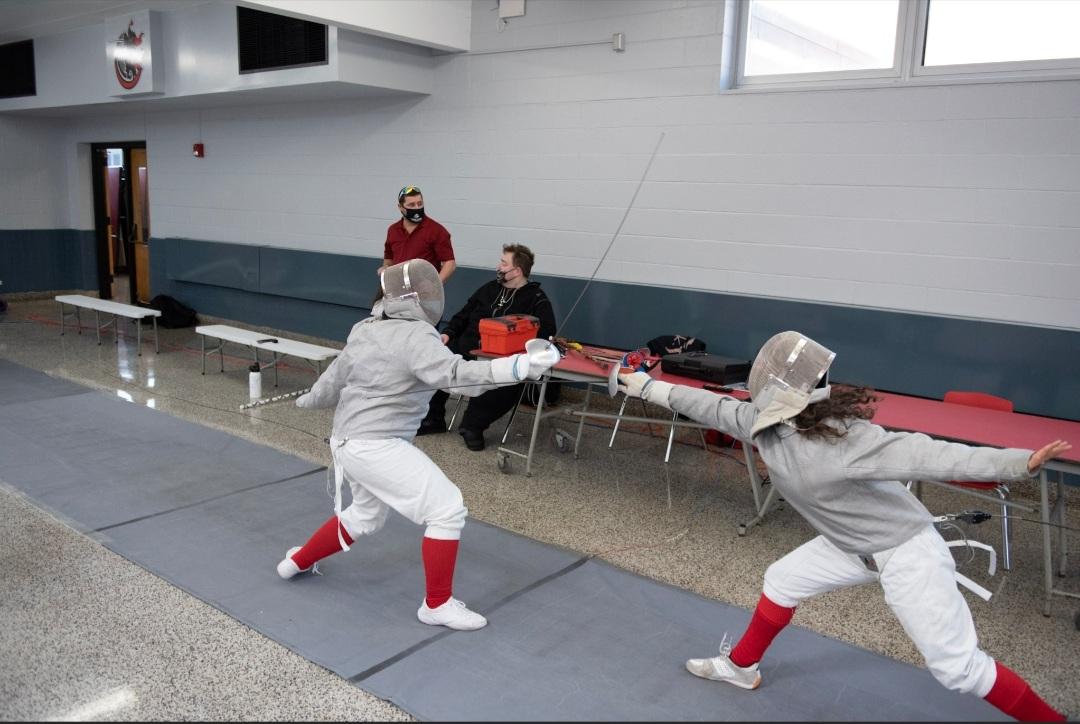 This year, the fencing team went up against some “Goliaths.” (Courtesy of Nicole Kreider)

This year, the fencing team went up against some “Goliaths.”

The Lakeland Regional High School Fencing Team just recently had the end to their 2021 season. As a co-ed winter sport at LRHS, we wanted to reach out members of the team to learn about the season.

At the end of a sports season, every player or member of the team may feel different about how the season went. Mr. Brian Brzozowski, coach, stated in the interview with The Lancer Ledger, that he believes the season overall was a success. “We had a lot of new members join both on the J.V. roster and on our Varsity roster. The students have learned a lot and I am extremely proud of them.”,” he said in the interview.

Nicole Kreider, senior, stated that the fencing team had a great season this year. When discussing wins and losses she stated, “We only won one meet as a team, but all of us had our personal victories, and we came close to winning several.”

Mr. Brzozowski stated that the team had a lot of “David vs. Goliath” matches this year, which means that they had beginner fencers go up against very experienced fencers. “Overcoming this challenge was the biggest challenge for us this season,” he explained.

He says that he looks forward to next season, as the team will have when we also have a lot of returning fencers who have been training all year round.

As for Nicole Kreider, she stated that fencing has its own challenges every year, since it is not a sport that people come into high school knowing how to play. However, the biggest challenge to her this year was that the practices and season length itself being cut severely due to COVID-19, limited the number of basics their newer members could master. She stated however, “Even facing this learning curve sink-or-swim style, everyone on the team improved immensely.” Lastly Finally, she explained how it is normal to be intimidated on the strip every now and then, even after fully prepared.

At the end of a sports season, many great memories are made. When asked, Mr. Brzozowski , he said his favorite memory was their matchup against Fair Lawn. They went into their last bout with a 13-13 tie. A Lakeland rookie fencer was up against a Fair Lawn seasoned opponent. The bout went point to point until the very last second, when Lakeland came through and won it.!

“I feel like that moment was a huge reward to the hard work all my students have been putting in throughout the season,” he stated in the interview.

As for Nicole Kreider, some of her best memories from this season were the silly ones, such as hurling tape balls at each other, and the nonsense conversations they would have during meets. Another memory she loves, that she explained in the interview was, “The exhilaration of a well-fenced bout is contagious. Probably my favorite memory of all is …getting off strip feeling proud of a good bout, and then seeing that everyone else is just as excited.” In her own words, “It really makes you feel like a team!”