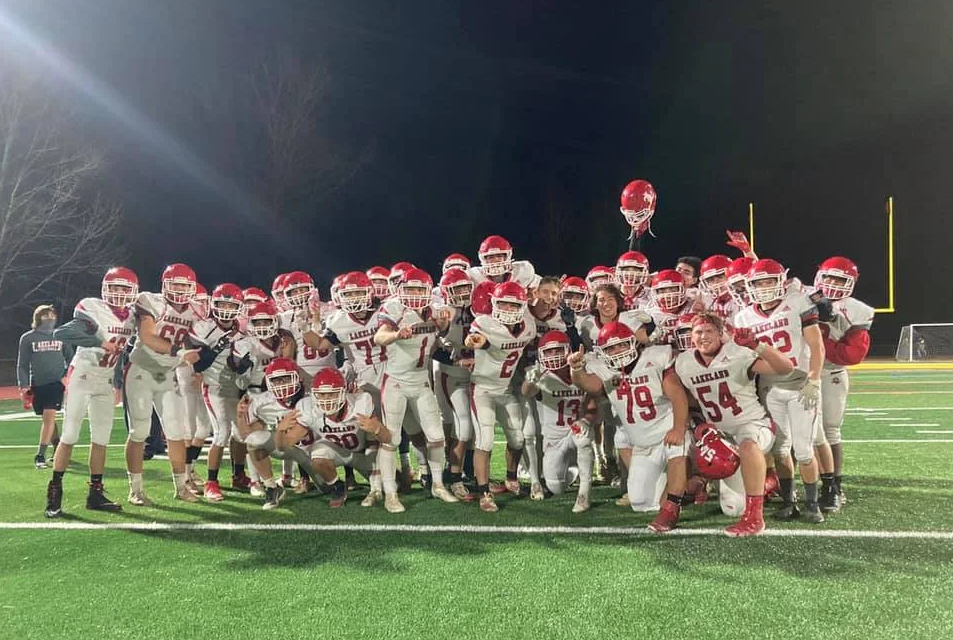 The team celebrating their victory over West Milford, the last game of the season. They took home the Trends Cup, a rivalry trophy between the two teams. (Courtesy of Coach McCormack)

The team celebrating their victory over West Milford, the last game of the season. They took home the Trends Cup, a rivalry trophy between the two teams.

Lakeland Football: Bring Positivity (and the Trends Cup) to the Community

2020 was a difficult time for the Lakeland Community.  Despite the community’s best efforts, the transition to virtual/hybrid learning and the cancellation of hundreds of sports events put a damper on  the spirits of many Lancers.  After 6 months of an unknown difference, Lakeland was in great need of some valued tradition.  That’s what the Lancer football team set out to provide this fall.  Working through impossible circumstances, the team managed to play in 5 games and 1 scrimmage, providing the Lancers a “break from the stress at home or at work” and the opportunity to “sit down and enjoy some Lancer football,” wrote senior Captain T.J McCormack.

Typically, the goal of the Lancer football team is to win the state championship.  But like everything else this year, the team had to refocus.  They went into the season with three new goals, shaped for the COVID era.

The first was simply to play: something not typically thought of as a difficult task.  But difficult it was.  As the team began to regroup in June, the prospect of having a season was “very doubtful,” McCormack wrote.  But the Lancer persevered.

Following social distancing protocols, senior captains Troy Hernadez, Todd Geyer, Sean Mena, and McCormack began a weekly practice regiment, preparing the team for a season still in serious jeopardy.  As school sanctioned practices resumed on August 7, the team’s practice regiment changed.  The team could now play in small “pods” and ultimately as a full group as they neared the season.

But this was not the end of the Lancer’s troubles.  Two days before their first game, the opposing team experienced an outbreak of COVID-19.  But the game was able to continue with a new opponent, Verona High School; the results of a last minute administrative scrabble to give the team an opportunity to play.  As the season continued, game changes and cancellations became a weekly occurrence.

The second goal of the team was to beat West Milford.  This local rivalry came to fruition on November 20, narrowly escaping the wave of COVID cancellations.  The game was not its usual exhibition; the sound of the students and the bands were absent as the teams took the field.  But it still captured the attention of the community who watched live on Lakeland TV.  The game ended with a nail biting score of 20-17: a Lancer victory. McCormack told The Ledger, “It was most certainly a game to remember. It came down to the fourth quarter and some big plays by us, but we got the job done. It is a memory that will always be remembered by my fellow teammates and I, especially the seniors.”

McCormack was sure to point out that the team’s successes, particularly the West Milford game, was a testament to the efforts of all players and staff.  However, there were a few who stood out.  McCormack highlighted the entire senior football class for their leadership on and off the field. 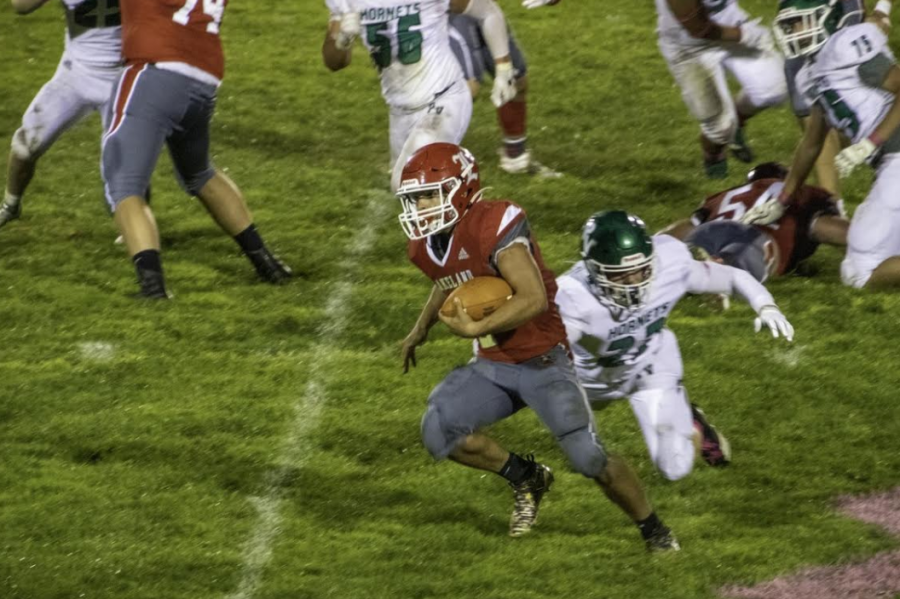 The final and most laudable goal of the Lancers was to “bring some positivity to the community.”  In such a trying year, the team understood how far a “back to the norm feel” would go to “brighten up the community.”  The team began the season with the hope that their game would bring respite and encouragement to the community.  In this they were entirely successful.

Lancer football was a trip back to a more comfortable era for those who watched it.  The presentation of the game was undoubtedly different, but Lancer Football in 2020 was a welcome return to normal for the entire school.

This last year has been a time of great trial and tribulation, but in the face of most difficult circumstances, the Lancer Football team persisted.  There has been no better symbol of school spirit and solidarity than those fall moments when the Lakeland gridiron lit up, and the familiar, contagious Lancer spirit filled the air.