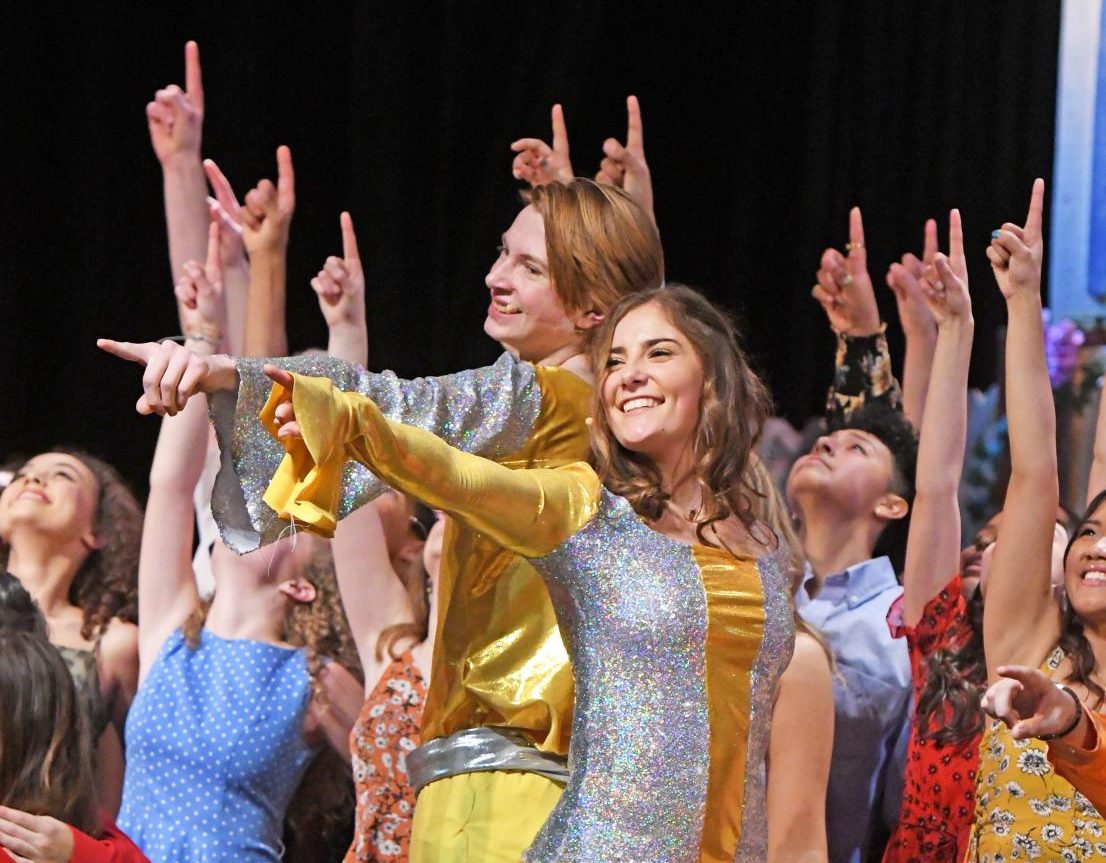 Between the cast, costumes, music, and set, Mamma Mia! was a showstopper from open to close. (Courtesy of Mr. Truong)

Between the cast, costumes, music, and set, Mamma Mia! was a showstopper from open to close.

The musical, which took place March 5 – 7, 2020, was met with rave reviews from the school and community as a whole. Audiences were left hustling to the rhythm of Abba for days and applauding both the new and returning talent on Lakeland’s stage.

The directors, Ms. Megan Curry, Ms. Erin Murphy, and Mr. Andrew Truong, work with students over a four-month span to make the production come to life. According to Ms. Curry, the first two months were primarily focused on the many songs that make Mamma Mia! the memorable musical it is. “Much of the time at rehearsal was learning the vocal parts and the dances.”

Senior and veteran All School member Frankie Scarnaty also credits the four months dedicated to rehearsals in making the show such a success. “Everyday we would come in ready to do what we had to do in order to put a great show for everyone in school and out of school.”

Clearly, the hard work paid off. Mamma Mia! not only met rave reviews from audiences, but from the directors themselves. Both Ms. Curry and Mr. Truong, who have produced six shows together at LRHS, have both stated that this one has been one of their favorites.

Ms. Curry said, “The cast was spectacular, the set was exactly the vision we wanted to create, and we sold out multiple shows.  I couldn’t be more proud of Mamma Mia!.”

According to Ms. Curry, with the tremendous growth of All School, the directors make sure to choose shows that require a large cast. Mamma Mia! saw over 50 talented students auditioning and participating in the production.

Along with Ms. Curry, Ms. Murphy, Mr. Truong, and vocal coach Mr. Sean Kecherson, spend hours to cast a show. Ms. Curry told The Ledger, “It is always our goal to place the right person in the right part.  We always tell the students that there are so many kids that are good for a role, but we want the person who is right for it.”

This year, All School welcomed a lot of new faces to the stage, including two of the three Donna and the Dynamos, who were perfectly cast with seniors Annie Wogisch playing Donna and Samantha Ascenzo playing Rosie. Junior Allie Johnson, who has been with All School since freshmen year, rounded out the trio playing Tanya.

Apart from spot-on casting, the set of Mamma Mia! truly brought audiences to a small, Greek resort through the colors, lighting, and design. As far as the set production goes, Ms. Curry praises Mr. Rudy Rodriguez for helping bring the vision of Greece to life. “He creates a visual rendering of the set we describe to him.  It is a huge help to have someone with such artistic ability help us out.”

‘When All Is Said and Done,’ Scarnaty and Ms. Curry agreed that the cast and crew did an amazing job. “I’m happy to say that the show was my final show at Lakeland,” Scarnaty told The Ledger. He also left some advice for underclassmen, saying, “…Don’t be scared to put yourself out there. [The production] may seem daunting at first, but once you do [it]… you’ll be willing to do it over and over again without stop.”

Ms. Curry said, “This show always puts a smile on my face,” and knew it would be one the community would enjoy as well. “I am so grateful that we were able to perform the show to a live audience [with the LRHS buildings being closed due to the COVID-19 epidemic the following weekend]. I know many schools who had to shut their shows down. That would have broken my heart.”

LRHS and the community agree, and look forward to All School ‘going again’ next year with another musical for the books.

The Lancer Ledger also sends a special shout out to staff writers Emily Rose, Emily Wegman, and Keira McDonald for their amazing job in the show. 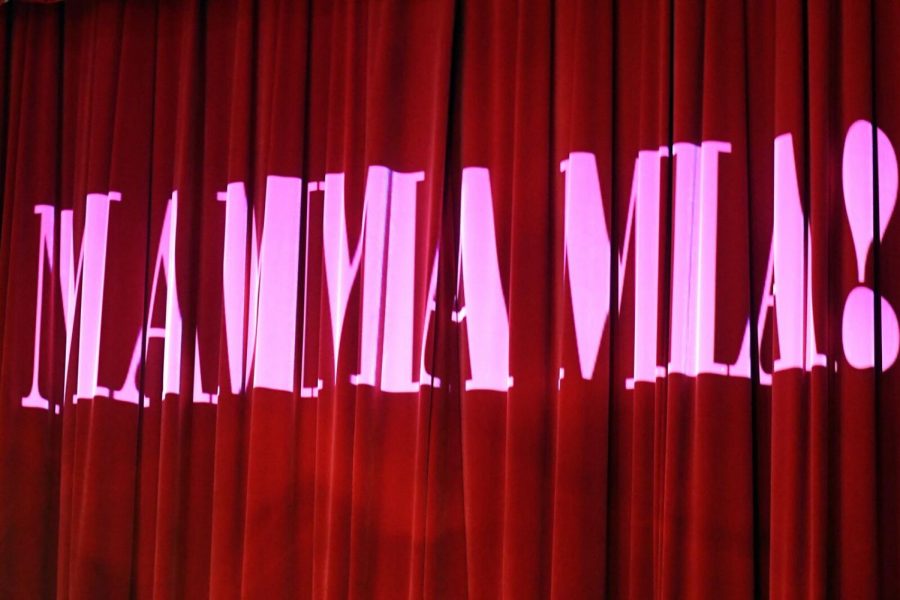