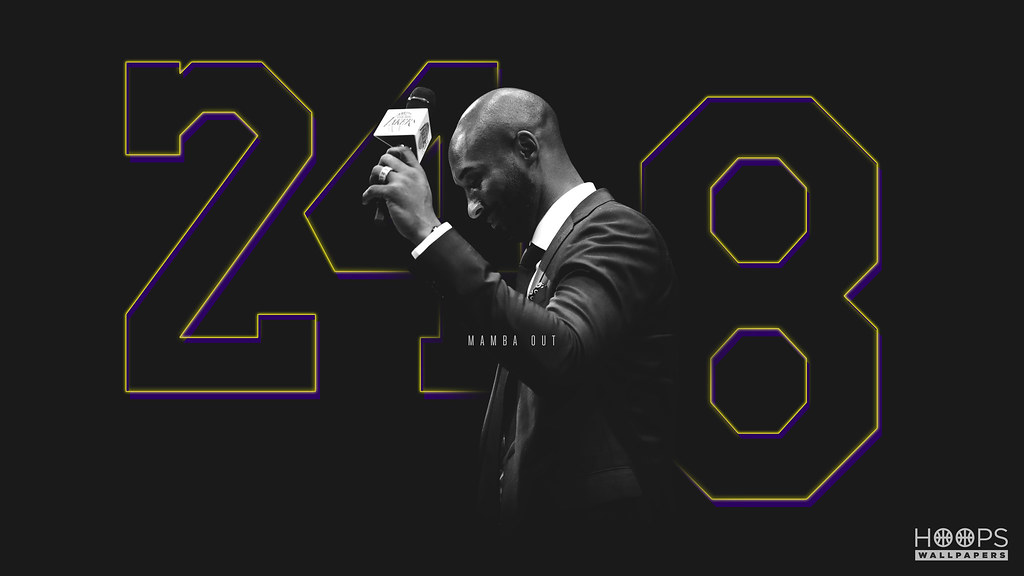 Bryant, along with his 13 year old daughter and 7 others, tragically died in a helicopter crash on Sunday, January 26, 2020. He is remembered not only as one of the greatest basketball players of all time, but also an inspiration to athletes and non-athletes alike. ("kobe-jersey-retirement-wallpaper-4k" by beast120815 (CC BY-NC-SA 2.0) )

Bryant, along with his 13 year old daughter and 7 others, tragically died in a helicopter crash on Sunday, January 26, 2020. He is remembered not only as one of the greatest basketball players of all time, but also an inspiration to athletes and non-athletes alike.

The World Mourns the Death of Kobe Bryant, age 41

Kobe Bryant’s unforeseen death came on January 26, 2020, due to a helicopter crash in the hills of Calabasas, California.  Bryant was an NBA superstar who played from 1996 to 2016 and won five championships in his 20 years with the Los Angeles Lakers.  The helicopter, going to his daughter’s travel basketball game, crashed in the morning on the Pacific coast. Bryant was only 41 and retired for a little under four seasons.

Others on board included Bryant’s daughter, Gianna Bryant, a member of the Mamba Sports Academy’s Travel Basketball team.  Gianna was only 13.

According to reports by NBC News, John Alltobelli, a baseball coach who had been coaching for 27 years at Orange Coast College in Costa Mesa, California; Keri Altobelli, his wife; Alyssa Altobelli, his daughter; Payton Chester, a 13-year-old teammate on the Mamba team; Sarah Chester, her mom; and Christina Mauser, another coach, along with a pilot, Ara Zobayan, were killed in the crash.

Bryant achieved many things on and off the court.  Bryant was an 18 time All-Star, 15 time All-NBA player, 12 time All-Defensive player, five time Finalist, two time Finals MVP, and one time league MVP.  He is also the fourth highest point scorer in NBA history.  The night before his death, LeBron James passed him in the ranks.  Bryant congratulated him on Twitter.

Continuing to move the game forward @KingJames. Much respect my brother 💪🏾 #33644

Off the court, he won an academy award for his short film, “Dear Basketball”. He also inspired an entire generation of athletes.

Mr. Joe Placenti, history teacher: “Any lose of life is tragic, especially when it comes to young lives like Kobe’s daughter and friends.”

Daniel Milner, junior: “I remember staying up until 5 a.m. the night of Kobe’s final game. I was sad and upset that such a legendary figure had to say goodbye. This was even more upsetting. Rest in peace Kobe, Gigi, and the other families affected. Kobe will always be my idol and a legend. Mamba Mentality”

Bryant, despite going through years of controversy, was a truly inspirational figure.  Many people will mourn his death for days to come.