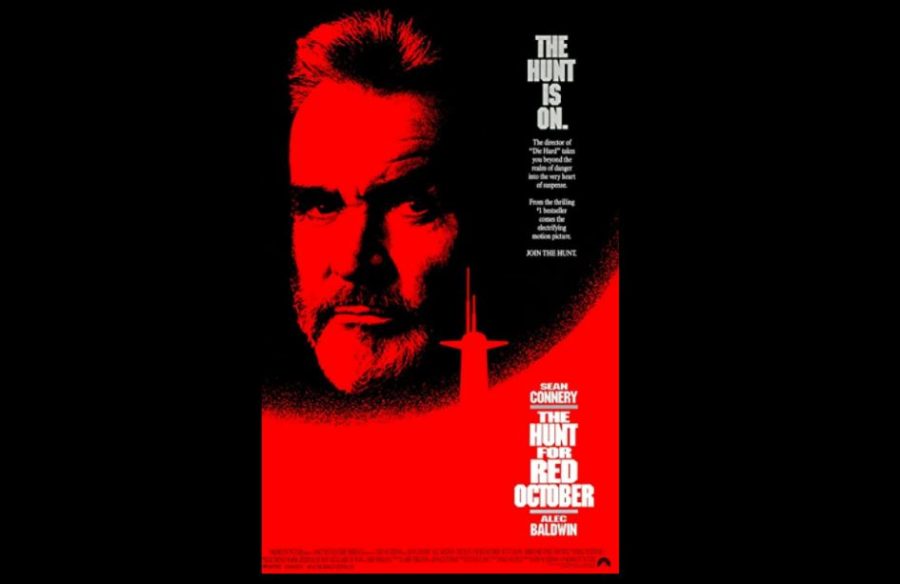 Released in 1990, 'The Hunt For Red October' is among the most famous submarine movies of all time.

The ‘80s and ‘90s saw too many excellent movies to keep track of – but one of many examples of this trend comes from The Hunt For Red October, the 1990 masterpiece starring Sean Connery, Alec Baldwin, James Earl Jones and others.

Upon hearing the name “Sean Connery,” the James Bond film franchise rightly comes to mind. Connery was, after all, the original James Bond, and is often seen as one of the best actors to play the role. And though marvelous in even his earlier work, the late Sean Connery’s greatest performance didn’t come until decades later: As Marko Ramius, captain of the titular submarine in The Hunt for Red October.

Inspired by the same-named Tom Clancy novel, which, fun fact, was described by President Ronald Reagan as “unputdownable,” the film adaptation of the thrilling, action-packed story should be seen by everyone at least once. Keeping viewers on their feet throughout, it’s just as intriguing for the watcher as it is for the characters within. A deep, intertwining mystery of who to trust – and who is out for blood – leads to constant tension throughout the film.

Telling the story of a Soviet submarine captain (Marko Ramius, played by Connery) attempting to defect to the United States with his officers, The Hunt for Red October shows the progression of the U.S. trying to figure out exactly what Ramius’ intentions are. All possibilities are brought up – rogue missile launches? Standard military drills? Technological testing?

CIA Analyst Jack Ryan (played by Alec Baldwin,) however, has a different idea – that Ramius is trying to defect to the United States. Abruptly presenting this idea during a high-level meeting, many military leaders think it’s ridiculous – but the National Security Advisor gives Ryan a chance to prove himself.

The movie simultaneously follows the story of Ryan and the mysterious Ramius, who quickly demonstrates his intelligence, experience and skill as the captain of the Red October. Navigating his way on and off of multiple U.S. navy ships as he works to convince others of his plan, Jack Ryan finds himself with the task of proving an impossible theory correct.

As mentioned, actor Alec Baldwin plays the role of Jack Ryan in the film. Just like Connery in the James Bond franchise, Baldwin was the first individual to play Tom Clancy’s famous role of Jack Ryan in film. And though later portrayers of Jack Ryan (such as Harrison Ford) were successful, Baldwin laid the foundation for how fans would come to know the legendary character.

The actors, plot, and novel basis aren’t all that make The Hunt For Red October an excellent film, though. Its soundtrack, composed by Basil Poledouris, perfectly establishes the mood and intensity of each scene throughout the movie. “Hymn to Red October,” heard in multiple variations throughout the movie, has an imposing and powerful effect on the experience of the film.

In addition, the movie was nominated for various awards, including the Academy Awards for Best Film Editing and Best Sound, and various British film awards. Furthermore, it won an Academy Award for Best Sound Effects Editing, along with two other awards for music and sound editing.

Along with the famous actors of the movie’s leading roles, well-known names such as Tim Curry and Sam Neill play influential individuals onboard the Red October.

With so many factors in its favor, and a respectable 2 hour, 15 minute runtime, it’s almost fair to say that the film deserved even more fame than it received. Underrated by no means and yet still somewhat unseen, the superb entry into cinematography is something to check out at least once.

The Hunt For Red October is truly a worthwhile viewing experience  – and anyone interested in finding out how things conclude for its characters should add it to their watchlist.