Pixar Does It Again: Onward, A Must See Film 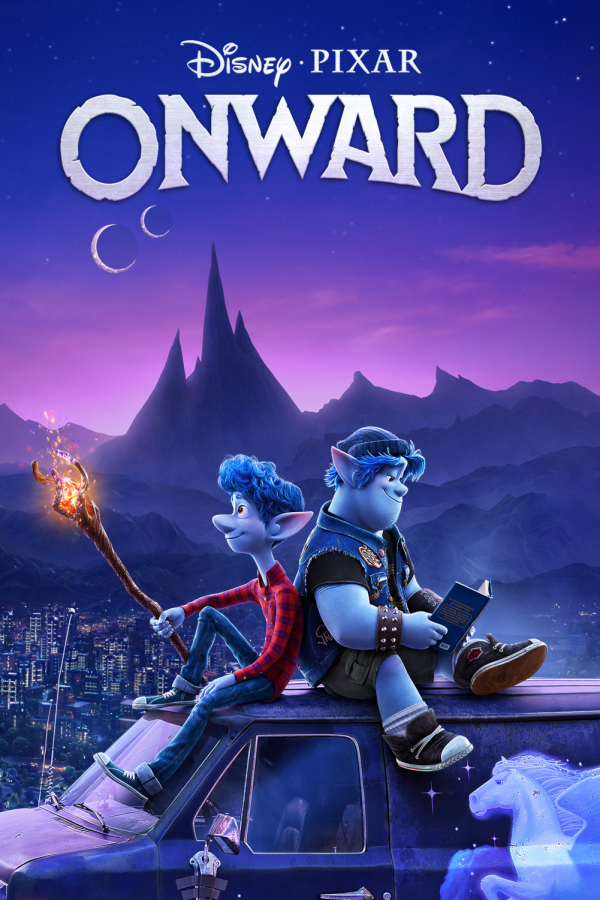 From its suspenseful adventure to its heartwarming scenes, 'Onward' is a definite must see film!

When Pixar announces a new movie is in the making, it’s no lie that excitement from fans begins to grow across the world. On March 6, 2020, the newest Pixar addition Onward was released straight to Disney+-and it yet again was one to impress.

Onward follows elf brothers Ian Lightfoot (Tom Holland) and Barley Lightfoot (Chris Pratt) as they embark on a journey to find a rare gem in order to bring their deceased dad back to life for one more day. Caused by Ian’s accidental success in partially resurrecting the bottom half of their father with the magical kit he had left behind, the two undergo many obstacles and new discoveries throughout the process.

The mother of the boys, Laurel Lightfoot (Julia Louis Dreyfus), also embarks on a journey of her own. She is joined by the legend known as The Manticore (Octavia Spencer), who knows exactly where to find and help the boys, as her life once revolved around these quests. As the movie flips back and forth from each journey, it becomes an adventure itself to see when the two groups will find each other.

The plot of the film is definitely one to intrigue. Following Ian and Barley (and their dad’s legs) on their adventure feels as if you are alongside them. The plot is full of mysteries, suspense, and is one to pull at your heartstrings. The plot also incorporates fictional elements such as magic, but also real life struggles some teenagers may face like growing up without a father. The storyline is definitely one to remember, and for all the right reasons.

One of the greatest aspects of this movie is it’s theme – there is nothing greater than the love of family. While Ian and Barley each have their differences, the relationship between the two brothers is unbreakable. Ian and Barley each sacrificed something of great value and importance to themselves for each other, creating such heartwarming scenes for the audience.

In terms of the cast, each actor and actress was well chosen. While the characters were animated, they were all still brought to life. Each member of the cast accurately portrayed their character’s personality. Tom Holland, who voiced Ian Lightfoot, did an exceptional job in particular. Ian grew from a shy 16-year-old who was afraid to speak up, to a self-confident teenager who found what he was great at: magic. Holland did a phenomenal job voicing the development in Ian’s character and was the perfect fit for this role.

A Pixar movie wouldn’t be the same without its humor. Onward was full of scenes to get the audience laughing and to uplift their spirits. The character Barley Lightfoot was definitely a jokester, and full of funny comments and mannerisms to bring that humorous aspect to the screen.

If you have the chance to watch Onward, you should definitely partake in the opportunity. From it’s unique plot to it’s heartwarming message, this movie is a definite must-see!