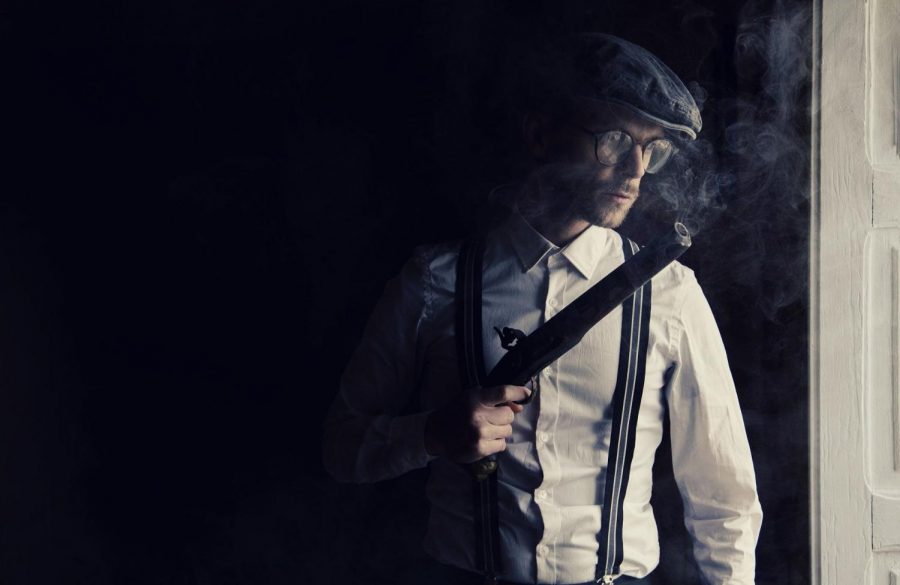 Image by Vitabello from Pixabay

Mobster movies always have a huge following, and "The Irishman" won't disappoint.

Martin Scorsese’s latest film The Irishman was released Wednesday, November 27, 2019, on Netflix after a limited theater release at the beginning of the month. Given Scorsese’s past with mob inspired movies, such as Casino and Goodfellas, High expectations were set for this movie, and The Irishman did a fantastic job of living up to them.

The Irishman is a true story about the life of Frank Sheeran, played by Robert DeNiro based on the biography I Heard You Paint Houses by Charles Brandt. Frank Sheeran was a World War II veteran turned truck driver who got dragged into the mafia. The movie jumps around in time showing you the different stages of his life from when he was first starting out in the mob business and works its way down to where he’s on the decline from his ways in the mob.

Featuring a top-notch cast including not just DeNiro but also Joe Pesci, Al Pacino, Harvey Keitel, Ray Romano and Anna Paquin, Scorcese seamlessly guides the audience through many decades by de-aging the older actors and age progressing the younger ones.

The three-hour and twenty-nine minute saga begins with a very old DeNiro sitting in a nursing home talking to an unseen interviewer and recounting the story of his life, starting with an innocent encounter with Philadelphia crime boss Russel Bufalino (Pesci) which spurs a lifelong partnership between the two and leading up to his friendship with notorious teamster president Jimmy Hoffa, portrayed brilliantly by Pacino, who stole the show with his performance as always. Pacino isn’t foriegn to the mob movie scene and you may recognize him from films such as Scarface and The Godfather where he played the starring role in each.

The performances by all of the actors are stellar, including Pesci’s quiet portrayal of Bufalino, which is a big departure from his hot-head characters in Goodfellas and Casino and Pacino’s over-the-top Hoffa played, which he played with the commanding presence that only he can bring to the screen.

The only part of this story that is a bit hard to digest is the directors attempt to make the clearly Italian DeNiro appear to be Irish by turning his naturally brown eyes a very unnatural shade of blue and explaining his fluency in Italian by saying that he picked it up while in Italy during the war. For someone who’s used to the Italian looks of the actor, this may be off-putting, but if you’re a mob movie enthusiast his appearance isn’t so hard to overlook.

The most interesting part of this film to me is that you really feel as if you’re being transported back to the 60’s when all of this was going down, and you can sympathize with all the characters and the public through the rise and fall of Jimmy Hoffa.

The film earned a well deserved 96% on the harshly judging film critic site Rotten Tomatoes and comes highly recommended to any fellow mob movie lovers. Don’t let the lengthy run time dissuade you from watching it. Every scene is filled with pivotal and captivating plot points that will keep viewers on the edge of their seats the entire time.

So, if you’re looking for a fun time in the 60s with murder and exploration but you’re lacking a time machine, pull up Netflix and dedicate the next three and half hours of your life to Jimmy Hoffa –  you won’t be disappointed.