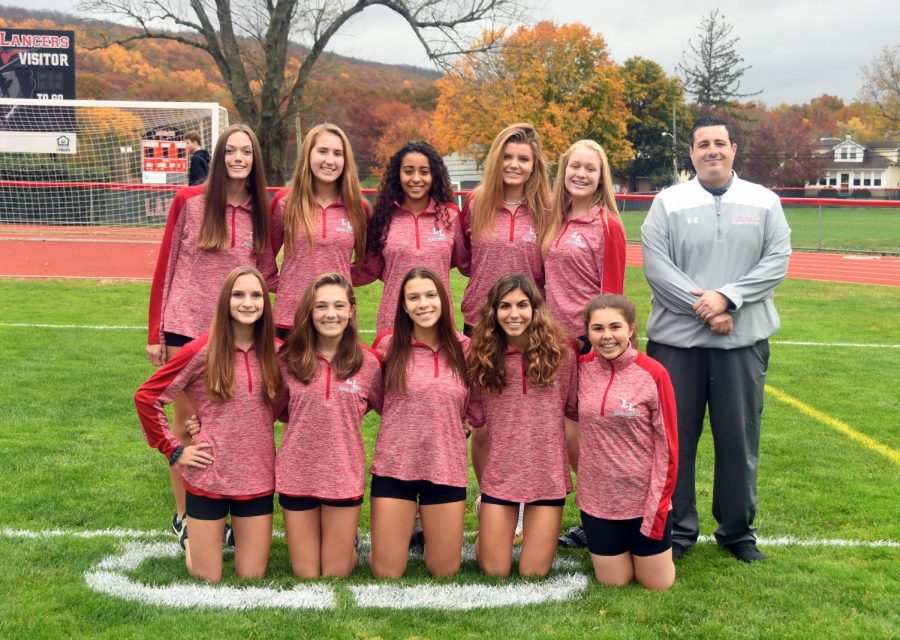 The girls cross country team had a unforgettable season and are looking forward to more success next year.

The Lakeland Regional High School’s girls varsity cross country had a remarkable 2019 season. The Lancers have improved greatly throughout the season, and now have a conference champion title for the first time in 21 years.

The conference championships was not the only successful meet for the Lancers, as the team also placed second in the county championships and at the state sectionals.

Coach Damiano Conforti told The Lancer Ledger that the team “went from unranked in North Jersey to ranked in the top 25 in the state and currently ranked #3 in North Jersey.”

Captains and sophomores Abigail Horevay and Caitlin Fahy also spoke to The Lancer Ledger. They explained how the team’s overall goal for the season was to earn the conference champion title, which was achieved. Horevay is currently ranked among the top ten runners in the state, and has improved her time by two minutes. Fahy “is working her way back from injury and is incredible,” Conforti explains.

Sophomore Angelina Perez, who is currently ranked as one of the nation’s best runners, is another lady Lancer who has led the team to much success. “She has broken the 18 minute mark and is breaking new records every week,” says Conforti.

Sophomore Faith Norrell, freshman Reaghan Lomascola, and freshman Maeve Grant “round out our varsity scores and make up one of the states most dominant programs,” Conforti told The Lancer Ledger.

The team, which consists of only freshmen and sophomores,is “young but immensely talented group of young ladies that should continue to shock the state with how well we are doing,” Conforti states. The Lancer community is looking forward to watching these ladies progress as they have a bright future for the upcoming seasons.