Girls Tennis: Ready For Next Year 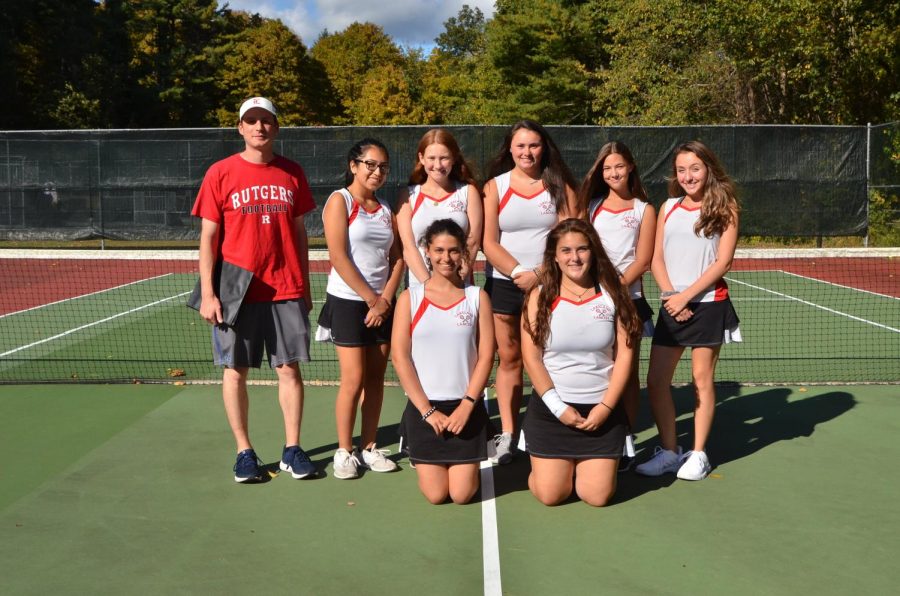 The tennis team had a year of growth and is looking forward to what next year will bring.

The Lakeland girls tennis season started off rough but finished strong with high hopes for next year. One of the major victories for the team this season was beating rival school West Milford, 3-2, as Coach Richard Wiley stated in an interview with The Lancer Ledger.

Despite a few losses at first, the team had a “strong finish and a decent showing at the county tournament,” according to Coach Wiley. The team grew stronger and played hard throughout the season, and Coach Wiley credits “a number of freshmen that show good potential, including Breanna Loffredo, Danielle Reid, and Katja Eckerle.”

According to junior Sophia Pucciariello, one of the captains of the team, the girls all worked hard and grew both as people and players, which was part of what made it the team’s best season. The other captain of the team, junior Nicole Kreider agreed, saying that she loved the support and positivity of the team and that they all bonded while having a great time.

When asked what the plans for the future were, Coach Wiley responded that he and the team are “looking forward to continuing [their] hard work so that [they] can improve next season, and surpass [their] win total from this year.”

This determination for improvement and a better season next year was obvious among the team, and Krieder left the interview saying, “Look out for us next year!”